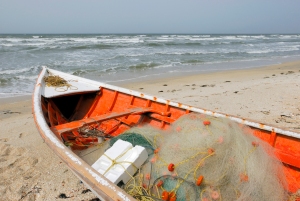 I don’t know how things are at your house, but at our house following directions seems to be a problem from time to time. My husband and I will clearly state what a child is supposed to do, “clean his/her room”, for example. Instead of immediately heading off to accomplish the task one of several things will likely happen:

Granted these are not always the responses, but you get the idea. As a parent, I become frustrated because he or she doesn’t simply obey – at once.

Boy, that phrase hits me right in the heart. It brings to mind Matthew 4:20, “At once they left their nets and followed Him.” The fishermen that Jesus called to be His disciples didn’t hold a meeting to see what other people thought, question what the task might entail or even argue that they were in the middle of doing something. No, they simply obeyed – no questions asked.

There are several others in the Bible who did the same thing; when God asked them to do something he/she just did it. So many times, in my own life, I am exactly like my kids. I know without a doubt that God is asking me to do something. The question isn’t whether the task is big or small, it all comes down to a choice. Am I going to immediately obey, like the disciples or am I going to make excuses, talk with others and put it off, like my kids? God is our Heavenly Father and as a parent I know that it has to sadden or even frustrated Him when His children don’t at once obey and trust Him.

I long to live a life like the disciples and obey God’s calling at once instead of waiting. It may not always be easy, but He promises to walk beside us every step of the way.

What net is God asking you to drop today?

I challenge you to get alone with God and ask Him what He wants you to do and then drop the net, take that step of faith and follow Him.

7 thoughts on “Question of Obedience”